The family heritage of the Smith Bradbeer brand dates back to 1837 and the establishment of a small drapery shop in Southampton by Mr R S Smith.  According to a 1933 edition of the Southampton Echo, ‘he was a man of broad outlook who gave careful attention to detail’.  During the 1800s, the business changed name a number of times to reflect the partners with whom Mr Smith ran the business.  In 1892, Mr Bradbeer entered the business although this was in fact after the death of Mr Smith.  It is interesting that the two men never met but the name lives on!

Another notable event in the development of the business was the move from Bernard Street to a prime site in Above Bar, Southampton in 1905.  Further expansion into the next door shop took place in 1935.

When Mr Bradbeer died with no immediate family in 1932, he left the business to two of his employees – Mr Saunders, who had been with the business since 1895 and Mr Gwilym Davies, who had joined the company in 1931 and was later to marry one of Mr Saunders’ daughters.  Gwilym Davies was the father/grandfather of the current business owners. 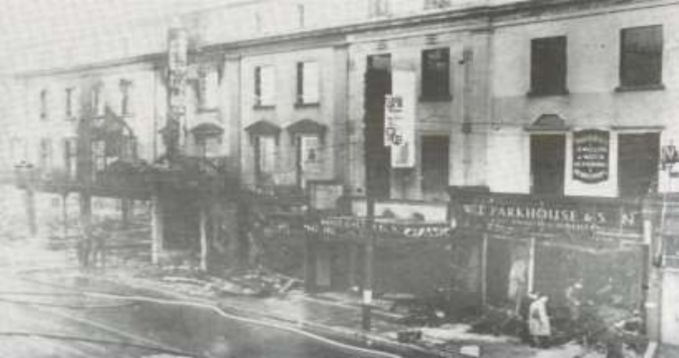 The company experienced a major setback during the Blitz when the Southampton store was directly hit by a bomb in November 1940.  However, within two weeks, the business resumed trading from sites in Shirley and New Milton.  Plans were submitted to rebuild the Southampton store but these were rejected by the local Council and Smith Bradbeer ultimately left the city where it had been trading for over 100 years.

Although initially a drapery store, over the ensuing years, fashion, furniture, homewares and fragrance have all been added to the core business and the centres of trade moved to the current locations of Romsey, New Milton & Hedge End.  Removals & Storage and Furniture Rental are also key parts of the business operating from Romsey.

Mr Smith was obviously a retailing pioneer.  His desire to see the expansion of independent retailing on the High Street still motivates the company’s plans today.  We continue to enjoy popularity as a local, independent retailer and expansion & development is always at the forefront of our mind.

We are proud of the long history of service to the area and strive to uphold the traditions of service, honesty and attention to detail that have enabled us to trade for over 180 years.